For the third time, GKH’s team of 41 registered runners and walkers earned the award for Largest Small Business Team in the 2018 YWCA Race Against Racism.

The team of GKH attorneys, support staff, family and friends ranged in age from children in strollers to founding partners Elvin Kraybill and Mel Hess, both of whom finished in the top five in their age group. The team consisted of multiple family units, including three generations of Kraybills (Elvin, Peter, and Peter’s son Ilya) for the fourth year in a row.

“We are proud to participate in this community event each year, and to support the valuable work of the YWCA in promoting social justice, eliminating racism, and empowering women,” said GKH managing partner Dwight Yoder, who ran this year’s race with his wife and daughter.

GKH has supported this annual community event for many years, both as a sponsor and by participating as a team. 2018 marked GKH’s fifth year as a Freedom Sponsor. In addition, GKH attorney Sheila O’Rourke serves on the Lancaster YWCA Board of Directors. 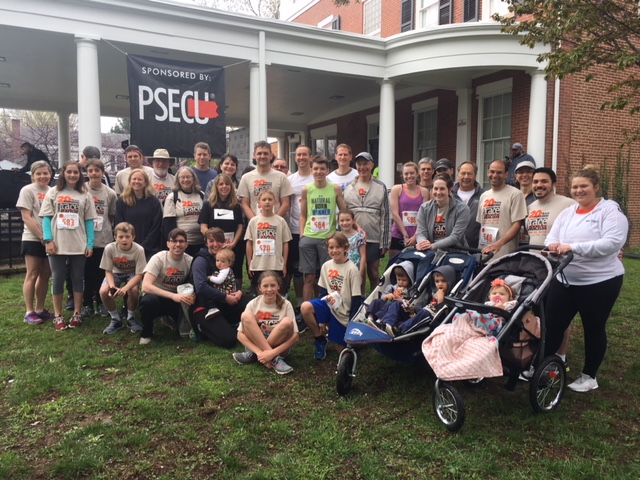