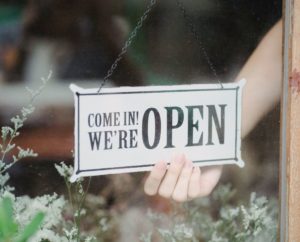 “Americans are starting new businesses at the fastest rate in more than a decade,” according to the Wall Street Journal and other sources (e.g., 1, 2, 3).   This is attributed in large degree to the COVID pandemic, which, despite causing extensive job losses, has also created new business opportunities in a changing economy.

When starting a new business, one of the main considerations is the type of business entity to use.  This decision depends in large degree on the nature of the business operation and its intended ownership structure.  Although the analysis can sometimes be complicated, focusing on this step is critical because the choice of entity will have significant long-term implications for both liability protection and state and federal taxation.

This article will describe certain pros and cons of various business entity types and discuss suggested guidelines for choosing the appropriate business structure.  Although a particularized analysis of each business structure as it relates to a specific set of facts is beyond the scope of this article, it should nevertheless provide sufficient guidance to allow prospective business owners to begin the discussion about which business entity is most suitable for their situation.

State law establishes what types of business entities are available for a new business formation, as well as the rules for operating those entities.  The laws of most states permit the formation of the following types of entities:

In addition, most states provide for the formation of various types of benefit companies, as well as business trusts and unincorporated associations.  Although this article focuses primarily on for-profit businesses, the question of whether the business has a pure profit motive is another important consideration.  Most nonprofits are organized under state law as trusts, corporations, or unincorporated associations.

In selecting a business structure, some key considerations include whether:

For most business owners, one of the key incentives for forming a business entity is to limit or avoid personal liability for acts of the business.  All else being equal, few owners would choose to expose personal assets to claims against the business for debts or other liabilities.  Business structures in the nature of sole proprietorships and general partnerships offer no protection against creditor claims for the individual owners.  Likewise, the general partner in a limited partnership has unlimited liability.  In contrast, LLCs and corporations typically limit each owner’s liability to the amount of capital they have contributed to the entity.  LLPs, which have no general partner, also offer liability protection, though partners may still be personally liable for partnership debts and other claims arising as a result of their negligence or misconduct.  About half of the states (including Pennsylvania) also offer “limited liability limited partnerships,” which are intended to provide liability protection for the general partner.  It is also noteworthy that entity-level protections afforded under state law do not expand immunity for professionals (e.g., doctors, lawyers, accountants, engineers, etc.), who remain liable for malpractice claims for their conduct and the conduct of those whom they supervise, regardless of whether they operate within an entity that otherwise offers liability protection.

Without an entity in place to limit personal liability, business owners must rely on liability insurance and effective contract drafting.  For example, a commercial real estate lease between the owner and tenant should generally include provisions to shift liability from the owner to the tenant, with exceptions for harm caused by the owner’s gross negligence or intentional misconduct, and to require the tenant to purchase liability insurance to guard against the tenant’s actions.  In addition, the owner should purchase an umbrella insurance policy to cover excess liabilities.  But while contractual provisions and liability insurance are both effective methods of limiting an owner’s personal liability, as the risk of loss increases for the owner, the more important it is to ensure that there is entity-level liability protection in place and that business owners comply with the formalities for operating that entity.

C corporations are separate taxpaying entities.  Corporate profits are reported and taxed on the entity’s tax return, and then taxed again at the shareholder level when those profits are distributed in the form of dividends.  Prior to the Tax Cuts and Jobs Act, the top corporate tax bracket was 35 percent, but that rate has now been reduced to 21 percent, making the effect of double taxation somewhat less costly.  In addition, qualified dividends are taxed to the individual at long-term capital gains tax rates, rather than at the higher ordinary income tax rates that apply to most other sources of income.

In contrast to C corporations, partnerships and LLCs with two or more owners are taxed by default as passthrough entities, rather than as separate taxpayers.  Passthrough entities report profits, losses, deductions, and credits on their tax return, but these items are then allocated to the individual owners, typically in accordance with their ownership interests, who are then taxed on these items on their individual returns.  The benefit of this arrangement is that it avoids the double taxation that occurs with C corporations.  In addition, as a result of the Tax Cuts and Jobs Act, there is a 20 percent deduction available against qualified business income.  However, one drawback of partnership taxation is that, generally speaking, distributions to partners who render services to the partnership or actively participate in the partnerships are subject not only to income tax, but also to self-employment tax.

An entity may also be disregarded for tax purposes.  This occurs by default when an LLC is formed with a single member and has not elected to be treated as a C corporation or an S corporation.  Unlike a passthrough entity, which files a tax return but passes its income and losses through to its owners, a disregarded entity does not file a tax return.  Instead, the entity is treated like a sole proprietorship and all items of income, loss, deduction, and credit are reported on Schedule C, which is filed with the owner’s personal tax return.

Prior to the recent Tax Cuts and Jobs Act, choosing the most suitable entity for tax purposes was relatively straightforward.  More often than not, the best choice was a passthrough entity, since this arrangement would avoid the double taxation inherent in the corporate structure.  But as noted above, the Tax Cuts and Jobs Act made several important changes to the Internal Revenue Code.  These changes mean that the choice of business entity for a new business is no longer a foregone conclusion, but a decision that requires careful consideration and comparative analysis.

Guideline #3:  Real Estate Should Never be Owned in a Corporation

Whenever an entity is being used primarily to hold real estate, under no circumstances should that entity be a corporation.  The reason for this unequivocal statement is that federal tax law makes it difficult to move real estate into or out of a corporation without significant tax consequences.  The details of these rules are beyond the scope of this article, but the problems can be illustrated by a simple example.

Assume that individual A owns a manufacturing corporation.  A owns the equipment, which is worth $500,000, but leases the operations facility.  Individual B owns improved real estate that would be suitable for A’s manufacturing business.  The real estate has a fair market value of $500,000 and a basis of $300,000.  A and B strike a deal, whereby B contributes the real estate to the corporation in exchange for a 50 percent shareholder interest.

What are the tax consequences for B?  Unless an exception is available, the general rule for determining gain would apply.  Thus, when B exchanges appreciated property for an interest in the corporation, B will recognize gain of $200,000, representing the excess of the amount realized ($500,000) over the adjusted basis ($300,000).  An exception applies and the gain may be deferred if, after the exchange, B controls 80 percent of the corporation.  However, if the real estate is subject to indebtedness which is assumed by the corporation, the control exception will not apply and gain must be recognized to the extent that the indebtedness exceeds the basis in the property.

Because of the control exception, business owners may contribute real estate to a corporation and suffer no immediate tax consequences, but they may not fully appreciate the problems that inevitably arise when the property is sold or distributed.  Assume the same facts as above except that B’s real estate has a fair market value of $2M and B receives an 80 percent interest in the corporation.  In this case, the control exception applies, allowing B to defer gain on the contribution.  Years later, if the corporation sells the property, it will recognize gain of $1.7M (or perhaps more if the value of the real estate has increased and the basis has decreased).  At the top current corporate tax rate of 21 percent, this sale would trigger tax in the amount of $357,000.  If the corporation then liquidates and distributes the equipment to A and the cash to B, B will have to recognize gain to the extent the distribution exceeds B’s basis.  At the top rate of 23.8 percent, B would have a tax liability of about $320,000.  Similar results arise if the corporation simply distributes the real estate to B in a non-liquidating transaction.

But perhaps the most important reason to own real estate in an entity separate from the operating business is to limit liability.  If a judgment is obtained against a single entity that owns both the business and the real estate, then all of the assets will be available to satisfy the judgment.  But if the assets are owned in separate entities, only those assets of the liable entity will be available to satisfy the judgment.  Although, as noted above, it is also possible to limit liability through properly drafted contracts and by purchasing liability insurance, ensuring that an operating business and a real estate holding company have separate, entity-level protection against liability is a critically important step.

One final note of caution:  when purchasing real estate with the goal of holding that real estate in an entity, it is best that the real estate be purchased directly by the entity itself.  If, instead, the real estate is purchased by an individual or an operating business with the expectation that it will later be re-conveyed to a new entity, realty transfer tax will be assessed at the initial purchase and then again when the real estate is transferred to the new entity.  Ideally, to avoid this double taxation, the acquiring entity should be formed before the offer to purchase real estate is even made, and should arrange in advance to handle all aspects of the purchase, including obtaining financing, licenses, and insurance, as well as addressing any zoning issues and preparing for the assignment of contracts and intellectual property.

In many ways, starting a new business has never been easier, and given the record pace of recent business formations, it may be tempting to rush headlong into a new venture or act posthaste to avoid missing a timely opportunity.  An owner so inclined may be wise to pause long enough to consider whether he or she is making a misstep with regard to structuring the business.  Choosing the right business entity should not be an afterthought; it’s a crucial step that, over time, can reduce costs and limit liability, allowing owners to focus more effectively on the business at hand.

This update was prepared by attorney Doug Smith, who practices in the areas of estate and business succession planning, estate administration, tax law, and business and non-profit planning.  This update does not constitute legal advice and has been prepared for informational purposes only.  Please contact Doug directly with questions about how these provisions affect you.