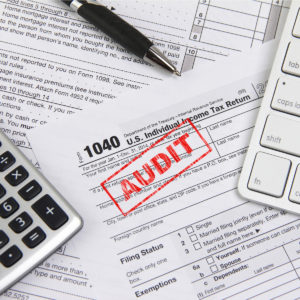 Recent federal tax law changes pertaining to itemized deductions have caused many people to rethink how they make charitable gifts. With the increased standard deduction, far fewer taxpayers will itemize, which means that small charitable contributions may not create the tax benefit the donor anticipated. At the same time, many charitably inclined people want to go beyond simply making small annual gifts to their favorite charities, preferring instead to make more substantial gifts during life rather than under a Will so that they can appreciate and enjoy how the charity utilizes the benefits. The good news is that there are several charitable giving techniques available that address both of these issues: Charitable Trusts, Private Foundations, and Donor-Advised Funds.

Let’s look at an example. Assume an individual who just turned 60 wants to make a gift to her favorite charity. She has made annual gifts over the years, but would now like to do something more. She is in good health, has significant income from her investments, and will also have retirement income when she turns 70. One of her largest assets is highly appreciated stock that she would like to donate to the charity, but doing so would reduce her investment income, causing her to begin taking retirement distributions. Instead, she contributes $500,000 of stock to a Charitable Remainder Trust and retains an annuity of $35,000 for a term of 10 years. At current interest rates, she would be entitled to a charitable deduction of $185,609 which she could carry forward for up to five additional years. In addition, by transferring the property to a Charitable Trust, the property is no longer part of her estate and will not be subject to federal estate tax or Pennsylvania inheritance tax.

Creating a Charitable Trust is a relatively straightforward process. A Trust agreement must be prepared, identifying both the income and remainder beneficiaries, as well as the Trust term and payout rate. After the Trust agreement is executed, the donor transfers property to the trustee, who then manages the property in accordance with the terms of the Trust agreement. The trustee can be an individual, an institution, or even the charitable beneficiary. Importantly, the Trust is irrevocable; once it is executed and funded, it cannot be undone, though the donor can reserve certain limited powers. Each year, the trustee must file state and federal income tax returns, though no federal tax would typically be due. When the Trust terminates, usually after the death of the donor or after a term of up to 20 years, the remaining property is distributed in accordance with the Trust agreement.

Like a Charitable Trust, a Private Foundation (also referred to as a family foundation) has an overarching charitable purpose, but that’s generally where the similarities end. In contrast to a Charitable Trust, which typically involves a single transaction followed by ongoing Trust administration, a Foundation is rather more akin to operating a small business. The foundation is organized in accordance with state law, typically as a Trust or Nonprofit Corporation, and is managed by the trustees or a board of directors. A Foundation must apply to the IRS for tax-exempt status and is subject to ongoing regulatory and record-keeping requirements at both the state and federal level. Most Private Foundations are non-operating, which means that they are not directly engaged in a charitable activity, but instead make distributions to other public charities to support their mission.

A typical scenario might start with a charitably inclined family that would like to contribute substantial assets to charity. Rather than make a single gift, the family prefers to implement an ongoing program of giving to a variety of Charitable Organizations, while simultaneously maintaining control over the timing and amount of the gifts. The family organizes a Nonprofit Corporation and appoints family members to the board. The family then makes a substantial contribution to the Foundation and may choose to employ a family member to manage the enterprise. The family is entitled to a charitable deduction for the contribution, but this deduction is limited to 30 percent of the donor’s adjusted gross income (or 20 percent if the gift is of appreciated property), but the unused deduction can be carried forward for up to five additional years. It’s at this point that the most gratifying aspect of operating a Foundation begins: the family, in accordance with its grant-making policy, decides which charities to support and begins making distributions for their benefit. The general rule is that a Foundation must annually distribute for charitable purposes at least 5 percent of the fair market value of its net investment assets.

A Private Foundation has several appealing attributes. One of the most important is the ability to make a tax deductible contribution while still maintaining control over not only the management of the assets, but also over the timing and amount of expenditures and the choice of charitable recipients. This enables the Foundation to accumulate funds and concentrate giving for a greater charitable impact. In addition, income earned on Foundation assets is exempt from tax, except for a 1 or 2 percent excise tax on net investment income. And of course, making a gift to a Foundation removes the contributed property from the donor’s estate for federal estate and Pennsylvania inheritance tax purposes.

On the other hand, there are some negative aspects of Private Foundations. As noted above, deductions are limited to 30 percent of adjusted gross income for cash gifts, or 20 percent of adjusted gross income for gifts of appreciated property. In contrast, deductions for gifts to public charities have higher limitations (as much as 60 percent, depending on the circumstances). In addition, because of the strict regulatory and record-keeping requirements applicable to Foundations, the cost of administration can be high and the penalties for violating the various excise tax rules can be steep. Finally, a Private Foundation is required to file a special tax return with the IRS, and if the Foundation has employees, it must comply with all of the withholding and reporting requirements that apply to a for-profit business.

Charitable Trusts and Foundations are both excellent planned giving tools, but under certain circumstances, the best solution may be to combine these techniques to leverage their benefits. Suppose, for example, that a surviving spouse, age 70, has two adult children and an estate worth $20 million. She intends to make a substantial lifetime gift of $5 million to each of her children, but prefers to have the balance of her estate go to charity to avoid federal estate tax. She forms both a family Foundation and a Charitable Remainder Trust. She funds the Trust with $5 million of publicly-traded securities, retains a 5 percent unitrust interest, and names the Foundation as the remainder beneficiary, which entitles her to a charitable deduction in excess of $2.5 million. At her death, the remaining Trust property is distributed to the Foundation, which her children continue to manage to fulfill her charitable goals. In addition, her Will provides that the property remaining in her estate is divided among her children and the Foundation, in a manner designed to eliminate federal estate tax.

Like Private Foundations, a Donor-Advised Fund may be established for purposes of family legacy planning. For example, a family might decide to create a fund to support organizations that promote human rights. Any family member can contribute to the fund, whether in small annual amounts or larger, bunched contributions to ensure a tax deduction, or even through substantial gifts as part of his or her estate plan. Contributions are generally permitted to accumulate in the fund until the family is ready to begin making distributions to organizations that support the fund’s mission.

If you are charitably inclined and would like to move beyond the ritual of making small annual gifts, Charitable Trusts, Private Foundations, and Donor-Advised Funds are worthy of your consideration. Although the complexity might seem overwhelming at first, the economic, social, and charitable benefits can be substantial, and a good advisor will be able to guide you along the way.