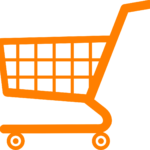 Nearly every state imposes a sales tax on the purchase of certain goods and services. It is the seller’s responsibility to collect the tax and remit the proceeds to the state taxing authority. If the seller does not collect the tax, as is often the case when a purchase is made from a remote or out-of-state vendor, the purchaser is required to remit a “use tax” of an equivalent amount. When the buyer and seller are both located in the same state, it’s clear that the state is within its right to require the seller to collect and remit sales tax. But it is often the case, especially with internet sales, that a seller who is located in one state will deliver a product or service to a buyer who resides in another state. Does the buyer’s home state have the right to require the seller to collect and remit sales tax?

The answer is that it depends. Prior to the U.S. Supreme Court’s decision in South Dakota v. Wayfair, the determination primarily revolved around whether the remote seller had a sufficient “physical presence” in the taxing state. If so, then the taxing state could require the seller to collect and remit sales tax. The physical presence test has been in place for many years, having been established by the Supreme Court in 1967 and then affirmed by the Court in 1992. Underpinning the test are the Commerce Clause and the Due Process Clause of the U.S. Constitution, which have been interpreted by the U.S. Supreme Court to mean that a state may neither discriminate against, nor impose an undue burden on, interstate commerce. The application of these principles in the tax context led to the rule that a state would not be permitted to require a remote seller to collect and remit sales tax unless the seller had established a “substantial nexus” and the “requisite minimum contacts” with the taxing state. In other words, the seller had to have more than a trivial physical presence in the taxing state.

For many years, the consensus had been that the physical presence test was flawed and created a somewhat arbitrary arrangement where tax consequences differed depending on a vendor’s location. There was also the problem of how particular states chose to define “physical presence.” Most states agreed that utilizing a sales force or operating a storage or distribution facility in the taxing state would certainly constitute a physical presence, but whether the same were true of more subtle contacts (e.g., customer support, radio ads, etc.) was the subject of frequent disagreement. Even the Supreme Court seemed to suggest that Congress should step in and establish a clearer standard, but although several bills were introduced, Congress never acted. In the meantime, the development of the digital economy magnified the problems with the physical presence test and states began to look for ways to avert rapidly declining sales tax revenues.

A number of new strategies began to develop for collecting sales tax. Although many state statutes were still based on the physical presence test, others instead focused on new ways of establishing nexus or facilitating the collection of use tax. But following a case that was decided in 2015, in which the Supreme Court essentially announced its willingness to reconsider the physical presence test, South Dakota became the first state to pass a sales tax statute that directly challenged the physical presence test by defining economic nexus on the basis of revenue and transaction thresholds. The South Dakota law provided that collecting and remitting sales tax was required in any calendar year where a remote seller sold goods or delivered services into South Dakota in 200 or more separate transactions or received more than $100,000 in gross revenue from goods or services delivered into South Dakota.

By this point, South Dakota estimated that it was losing $48-$58 million annually in uncollected sales tax revenue. Therefore, rather than wait for the law to be challenged by a remote seller, South Dakota filed a declaratory judgment action against three major e-commerce retailers (Wayfair, Overstock.com, and Newegg) which clearly had no physical presence in South Dakota. Not surprisingly, since it had to apply existing federal law regarding the physical presence test, the South Dakota Supreme Court found the new law unconstitutional.

The U.S. Supreme Court agreed to hear the state’s appeal, and in a 5-4 decision, the Court overruled the physical presence test that had stood for five decades and vacated the judgment of the South Dakota Supreme Court. In explaining its rationale, the Court referred to the “continuous and pervasive virtual presence” of online retailers and observed that “modern e-commerce does not align analytically” with the physical presence test. It is noteworthy that the four dissenting justices were in agreement with the majority in their belief that the prior cases establishing and affirming the physical presence test were wrongly decided; instead, their dissent was based primarily on the belief that changes to the established law should be undertaken by Congress.

In response to South Dakota v. Wayfair, which was decided less than six months ago, more than 30 states have already changed their state sales tax law. The effective dates for most of these statutes range from October 1, 2018, through January 1, 2019. Many of the revised statutes resemble the South Dakota law, though perhaps with slightly different revenue and transaction thresholds. Several statutes utilize another means of establishing nexus (e.g., affiliate, marketplace, or click-through nexus) or include notice and reporting requirements. Notice and reporting statutes typically give remote sellers the option of either collecting and remitting sales tax or requiring that they notify the purchaser of their obligation to pay use tax in lieu of the seller collecting sales tax. Notice and reporting statutes may also require that the seller file an annual report with the state taxing authority that includes the names and addresses of purchasers and the amounts paid for goods or services. Several states, including Pennsylvania, employ a hybrid approach for collecting sales tax.

With such a patchwork of state law, the key takeaway for businesses that operate across state lines is that it is now more critical than ever to become familiar with the laws of each state where business is conducted. This is particularly true for remote sellers that may have been able to disregard sales tax laws in the past, but nevertheless have a substantial virtual presence in states that apply an economic nexus standard. These businesses will now need to determine on a state-by-state basis if their activities exceed the revenue or transaction thresholds that constitute economic nexus. If you have questions about the law of a state to which your business delivers products or services, please do not hesitate to contact us.