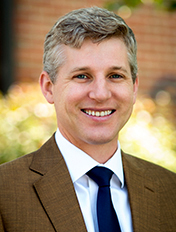 Here is how he describes his practice:

“I approach each case with a singular focus – achieving the best possible outcome for the person or business that I represent, according to that client’s specific objectives.  I realize that when a person or business approaches me, it is unfortunately because something terrible has happened.  Perhaps they’re involved in a criminal investigation, or they’ve been sued, or their professional license is at risk, or their business is being attacked or damaged.  They need a resolute advocate who will also provide them with sound advice to navigate this difficult situation.  That is my role, and I am there to help.”

In his criminal law and professional licensing practice, Jason counsels individuals and businesses in response to government subpoenas and investigations and represents clients at trial and before administrative hearing boards.  He has also been selected to the Criminal Justice Act Panel for the Middle District of Pennsylvania.

Jason firmly believes that in white collar criminal defense matters, the best result is achieved if the government can be persuaded to forego prosecution.  As the famous Chinese military general Sun Tzu taught, the greatest victories are won without battle.

In his civil litigation practice, Jason regularly represents individuals and businesses in contract disputes and trade secret matters. Jason also represents students who have been accused of misconduct.

Jason is committed to environmental causes.  He is currently working towards his LLM in Environmental Law at Lewis & Clark Law School.

Prior to entering private practice Jason served as an assistant district attorney, where he tried numerous jury and bench trials.

Jason lives in Lancaster with his wife and three kids. He is the Committee Chair for Cub Scouts Pack 93.